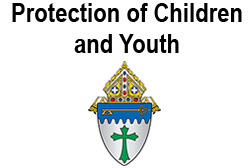 Some of the names on the list may be recognizable as a result of a criminal conviction or other public report.  Other names are being disclosed publicly for the first time.  Some people on this list cannot be convicted of a crime because of the passage of time, legal technicalities, their present whereabouts or mental state, or other factors; nonetheless, these people will not be accepted as employees or volunteers by the Diocese of Erie.  Every person named on this list was credibly accused of actions that, in the diocese’s judgment, disqualify that person from working with children.  Such actions could include the use of child pornography, furnishing pornography to minors, corruption of minors, violating a child-protection policy, failure to prevent abuse that they knew to be happening, and — in some cases — direct physical sexual abuse or sexual assault of minors.  Allegations were corroborated by secular legal proceedings, canon law proceedings, self-admission by the individual, or threshold evidence (as defined in the Child Protection Policy).  None of the priests listed are permitted to engage in any form of public ministry or to present themselves publicly as priests. Individuals are listed with their current (in the case of priests) or last known (in the case of laypersons) status with the Diocese of Erie or any of the schools or agencies within the diocese.

The individuals on this list are believed to be alive and living in the locations noted:


Should an employer have a need for further information about the facts underlying the inclusion of any person on this list, please contact the Office for the Protection of Children and Youth at childprotection@eriercd.org.  This list will be updated as necessary.

Additionally, we recognize that some of the individuals who failed our children and other vulnerable populations are now deceased.  The list below names those individuals who — but for their death — would be on the above list of people prohibited from employment.  In furnishing the names of these deceased individuals, the diocese wishes to acknowledge those victims/survivors who were harmed by their actions, to encourage any other victims/survivors to come forward who have not already done so, and to reaffirm the commitment of the diocese to offer support and assistance to victims/survivors of abuse. Individuals are listed with their current (in the case of priests) or last known (in the case of laypersons) status with the Diocese of Erie or any of the schools or agencies within the diocese.

* The diocese had no records indicating that the abuse had been reported years ago, but new information confirms allegations had been submitted but were not on record.

We also find it important to recognize the survivors who have reported abuse, even when the report cannot be investigated fully.  Allegations of abuse from decades ago often can be neither proved nor disproved due to a lack of living witnesses or corroborating evidence.  The Diocese of Erie is profoundly grateful for the courage demonstrated by the individuals who have come forward to make these allegations known but regrets that — with no way to corroborate these allegations — they cannot be listed here.  Nonetheless, the Diocese of Erie always welcomes any additional information that can shed light on past cases of abuse.

Explanation of investigative process and "under investigation" category

These individuals are currently under investigation, and each is presumed innocent unless proved otherwise:
Awaiting trial
Finally, in some cases, reports were made out of an abundance of caution rather than because of specific abuse that was perpetrated.  In these cases, referrals are made to appropriate law-enforcement agencies, as well as analyzed by the Diocese of Erie’s investigators.  Where both secular law enforcement and diocesan investigators concluded that a report is unfounded, the names of the reported individuals involved will not be publicized.

Pastoral care and compassion for victims, as well as the protection of children and vulnerable adults, is a top priority of the Diocese of Erie. The diocese encourages anyone who has experienced sexual abuse or misconduct by a member of the clergy or any employee or volunteer of the church, to contact law enforcement. To report abuse to the independent investigators retained by the Diocese of Erie, email ErieRCD@KLGates.com. Victims or concerned individuals are also welcome to contact the diocese directly to report abuse at 814.451.1543. In addition, anyone can directly report suspected abuse of minors by anyone to PA ChildLine by calling 800.932.0313. The line is open 24/7, and callers may choose to remain anonymous. Victims also are welcome to contact the diocese directly to report abuse at 814.451.1543. Counseling assistance is available for victims and/or their families through the diocesan victim assistance coordinator, Dr. Gerard Tobin, who can be reached at 814.451.1521.

Numerous reports also are made in accordance with the law regarding situations where reason to suspect abuse exists but the perpetrator is not connected to the diocese.  For instance, if a parent abuses a child, a Catholic school teacher is required to report that abuse.  Those cases are investigated and prosecuted as appropriate, but the names of people involved will not be made public on this website. The federal sex-offender registry may be searched here, and the Pennsylvania sex-offender registry may be searched here.  Any person who uses the information contained on this website or linked websites to threaten, intimidate, or harass a listed individual or his/her family — or who otherwise misuses this information — may be subject to criminal prosecution or civil liability.