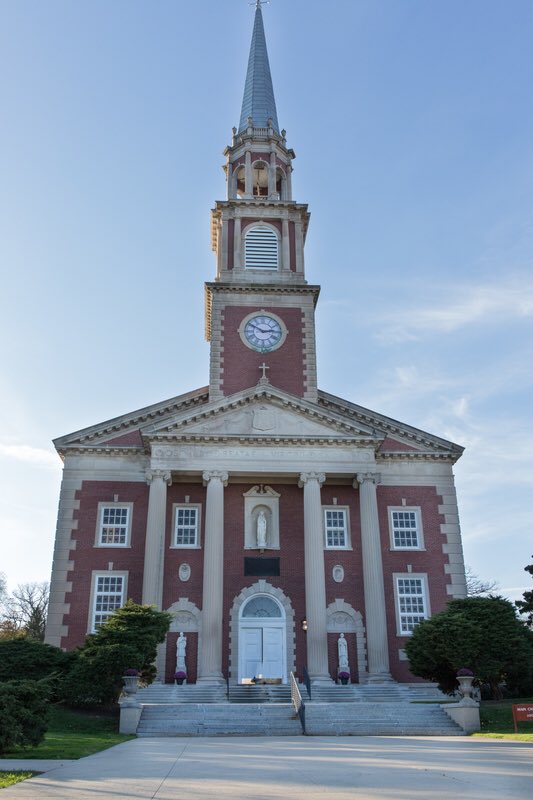 For Catholic bishops of the United States, the days of business as usual were already growing smaller in the rearview mirror. And then, a surprise edict from the Vatican: with less than two-months’ notice, Pope Francis wanted them to cancel their annual business meeting in November and replace it with a seven-day retreat.

Note: There are 456 active and retired bishops in the United States, and another 16 active and retired cardinals. Their annual gathering involves months of planning for everything from the agenda to the meeting spaces. The logistics alone for such a large gathering couldn’t just be ditched.

And so, a compromise was born of necessity: The bishops held their business meeting in November, as planned — with instructions not to vote on anything regarding sexual abuse — but also committed to a retreat in January. At a seminary. In the Windy City.

Granted, it was Chicago’s Mundelein Seminary, part of the University of Saint Mary of the Lake, known for the beauty of its expansive, 900-acre property. But it was far from a lovely hotel setting in a warm climate — a decision noted and appreciated by many clergy and lay faithful.

Bishop Lawrence Persico admits he was unsure of what to expect. But from the day he arrived, he found it to be an excellent experience.

Known for his round-the-clock work ethic, for the most part he remained off the grid throughout the retreat. During a single, brief conversation with the office, he noted how impressed he was with Father Raniero Cantalamessa, OFM Cap., the preacher of the papal household whom Pope Francis had sent as retreat master.

"His homily at Mass on Saturday was outstanding,” Bishop Persico said. “It was one of the most powerful homilies I’ve heard on the Eucharist. Simple and practical."

Father Cantalamessa offered two talks each day during the week-long exercise, as well as a homily at the daily Mass. Bishop Persico found him to be engaging.

“He mentioned he received many letters indicating what he should tell us, once it was known that he was going to give the retreat,” the bishop said. “But he decided not to take any of that advice. Instead, he told us he would look to the Word of God.”

The retreat agenda also included opportunities for confession as well as other devotions including exposition of the Blessed Sacrament.

Bishop Persico was among a number of bishops who felt that while the moment was most serious, the mood was positive.

“We had a better opportunity for camaraderie than we do at our meetings in Baltimore,” he said. “It was a time of reflection. We shared silence and prayer, but also dialogue. Communication is important for building unity, too.”

While the public has been anxious for the bishops to take action in response to the sexual abuse crisis, Bishop Persico appreciated the wisdom of bringing the bishops together for a spiritual retreat.

“Before we can do what we’re called to do, we needed to recollect and to spend time in silence,” he said. “It was important to be reminded of our role as shepherds and being open to the Word of God. That’s the only perspective from which we can begin to bring about healing.”