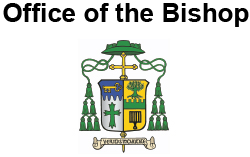 Saying or singing the Proclamation of the Birth of Christ, is an option for evening prayer of Christmas Eve or Christmas Mass during the Night. When used at Mass, according to the Roman Missal, 3rd edition, it occurs before Mass begins. Choose one of the three forms of the Penitential Act because “the Proclamation does not replace any part of the Mass” as in the past. Find the rubrics and an updated text of the Proclamation in the last pages of “Appendix One” of the Missal.

The Creed: To help your assemblies focus on the Incarnation, “God with us,” rather than solely on the birth of the baby, follow the rubric on the Creed in the Roman Missal for Masses of The Nativity of the Lord and the following suggestions: