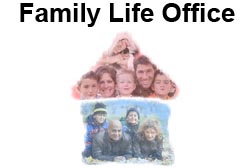 CLICK HERE FOR PHOTOS AND STORIES FROM THE COUPLES 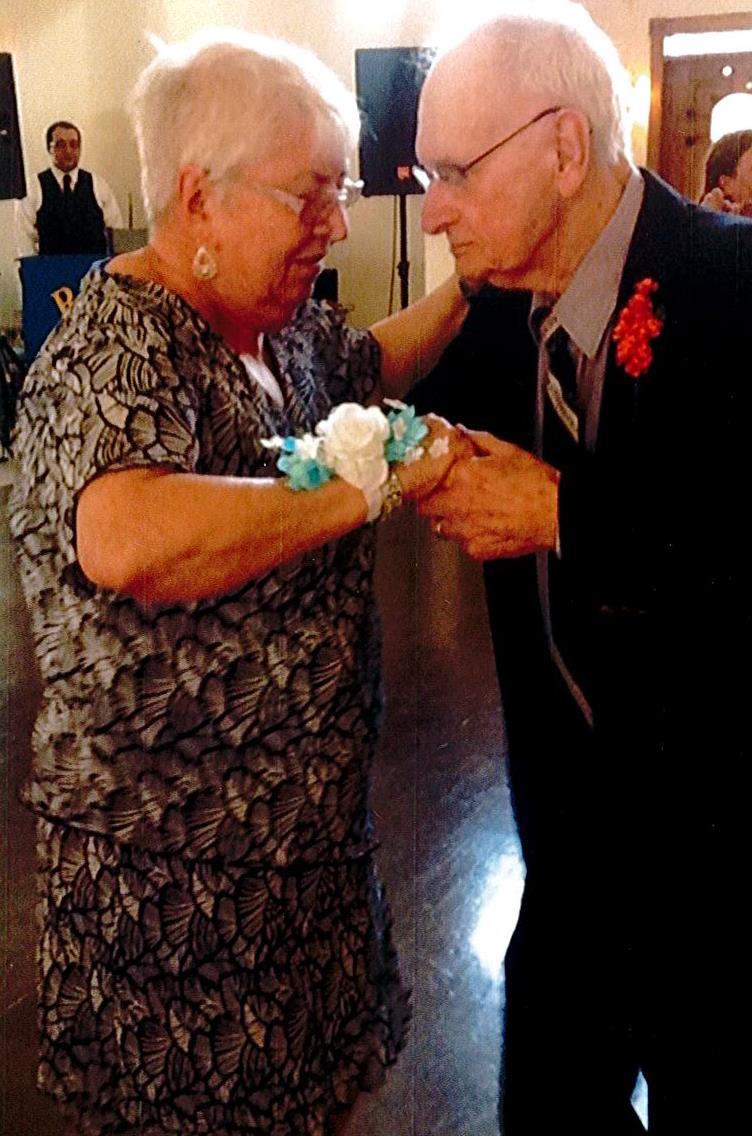 Dancing Polka at on of our granddaughter's wedding reception in 2017! 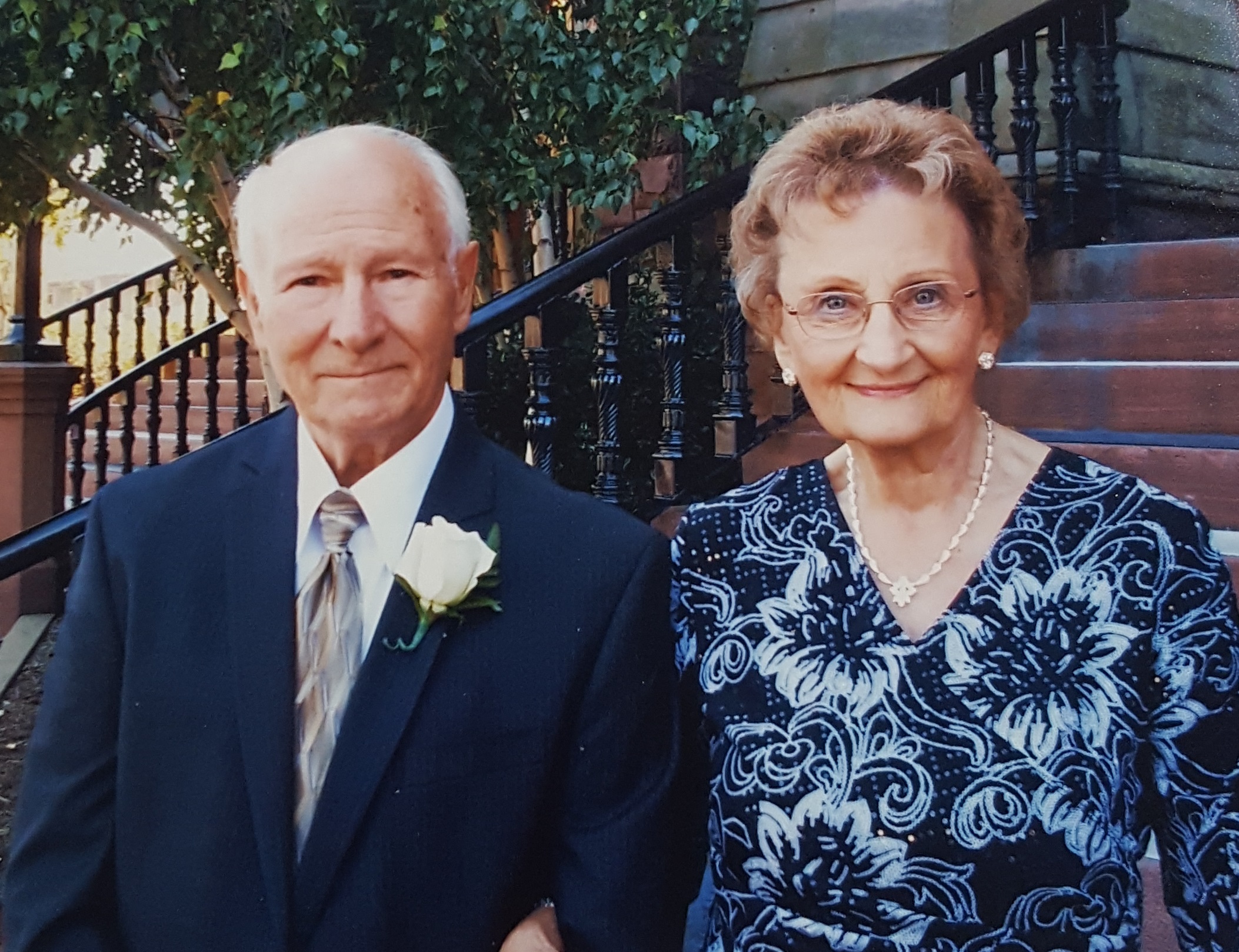 We met at the "College Inn"- a "Happy Days" type of hang out on Blenwood Park Ave. by the Erie Zoo. Love at first sight- the jukebox played and we danced and laughed. Corresponded while I served in the Korean War. Got home and resumed our courtship  and got married. Just celebrated our 65th wedding anniversary on Agusut 6th. Incidentily, we have 25 grandchildren (include 2 Great Great grandchildren) Still dancing and still in love.

We met in 7th grade - 64 years of marriage, 5 children, 14 grandchildren and 20 great grandchildren along with 13 foster children. Its been busy but with Love, patience, understand, and humor we made it!

We met in High School. I was 14 when I asked him to a "Sadie Hawkin's" dance. It worked and I would do it again.

There were good days and bad days, but now we just relish in all the good memories. We raised 6 children, worked hard, and sent them to college. They have blessed us with 18 grandchildren ranging in ages 40-12, as well as 2 great grandchildren. Through our marriage, the church was always a large part of our lives. It seems so far away that a giddy young girl fell in love with a young handsome man just home from the Army. Through thick and thin, my husband was always a good provider and made sure our children always came first. The past 11 years we have switched roles of the head of the household as he developed Alzheimer's. As each day has been even more difficult, he always remembers to tell me that he loves me. It's been since February 27 that I have been without my husband as he went to reside in Highland View Healthcare in July of last year. I miss our days there and long for when we can be together again. The "I love yous" on Facetime will forever be in my heart, but I can't wait for the day that I can kiss him and just be in his company.

We met in the supermarket at the Magic Cup coffee station. They were the machines you could grind your own coffee, and I didn't know how to work it. He came over to help, and said that for someone who had been there so often (I had been in and out frequently since I moved there a little bit ago), I should know how this worked. I explained that in my old grocery store, they ground it for you. He helped me and it was a good start. We've had a good life: 7, children 17 grandchildren, and 4 great-grand children. Our faith is really what has seen us through!

Have traveled almost every state together (except Louisiana and Alabama). On our first date, we were allowed to sit on the porch swing, we were only 14 & 15 years old, until his cousin came back from his date to take Edwin home. We are blessed with one son, daughter in law and a precious granddaughter, Maddie. 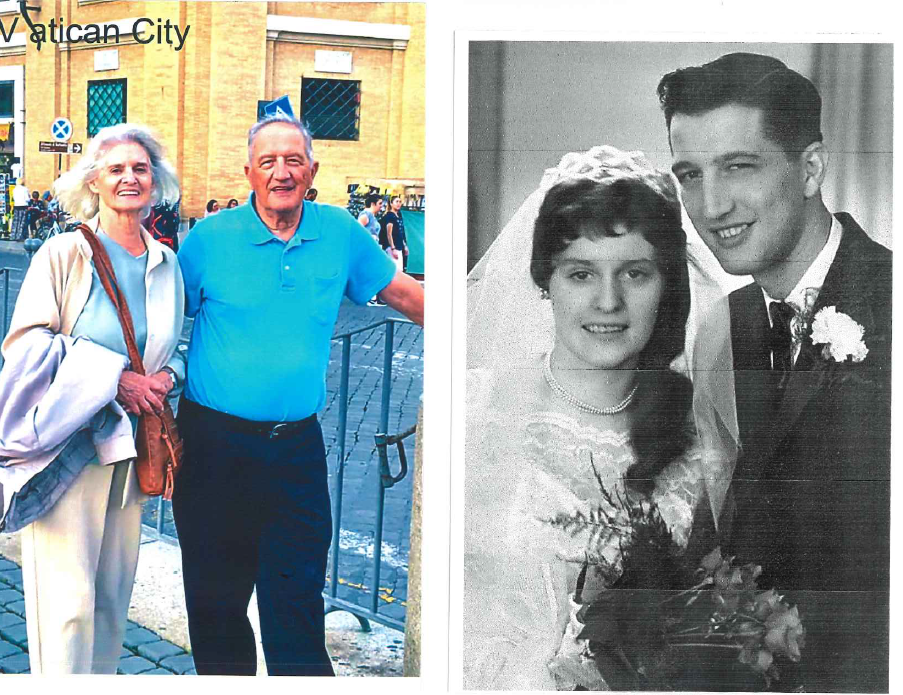 How we knew a strong bond of love was with us as these issues never discouraged us in any way...over many months.

Being in the service in Europe, the Army discouraged marriage between German nationals and servicemen as did the German government. With that, along with the language barrier, triple copies of everything, not only in English but German. Birth certificates, Baptismal certificates, and lawyers were necessary to explain all and each issue (also being in attendance at the wedding services for translation of the two languages). Our parents and family were so much involved getting information for us, thus they got to know each other via telephone calls and mailings of paperwork. Information in the USA was not too difficult, but in Germany we were dealing with two different countries as Germany was divided, East and West. We had very little co-operation from East Germany where necessary documents were held. Thankfully duplicate copies were accepted. Triplication continued for us as we were married in English, German, and had the marriage Blessings in the Church.

Due to COVID-19, we are together always, but we have enjoyed not having the pressure of going places and doing outside things. We are enjoying each other so much more. Thank God! 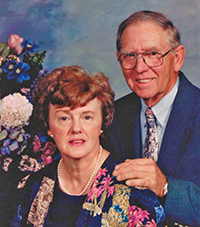 Jim and I met on a blind date while I was going to business school in Syracuse, NY. He had recently returned from serving in the Navy and his cousin Ken convinced him to ride to Syracuse for a double date. The evening went very well except when the guys were driving home (about sixty miles away) they were in a car accident. Having no money for a hotel room, they managed to get back to the dorm, and convinced the dorm mother to allow them to stay there for the night. That was our first meeting and the guys continued to come to Syracuse for a number of weeks while the car was being fixed. I guess you could say an accident continued the relationship but love has kept us together for over sixty years. We were just two kids from upstate New York who understood that marriage is a commitment and you can do anything with a little work, patience, and lots of love...

We both feel that the other shows great love daily. We are so blessed to have each other and our three children, six grandchildren, and five great-grandchildren, as well as, many friends. Through many illnesses, we have been there for each other along with God taking care of us.

I met you on October 3, 1958 at Ohio University, where we were students. Three weeks later you asked me to wear your fraternity pin. I said, "No, I had not known you long enough." The next night you asked me again. I thought well, I've known him one day longer, so I said, "OK!" And of course, I still have it! 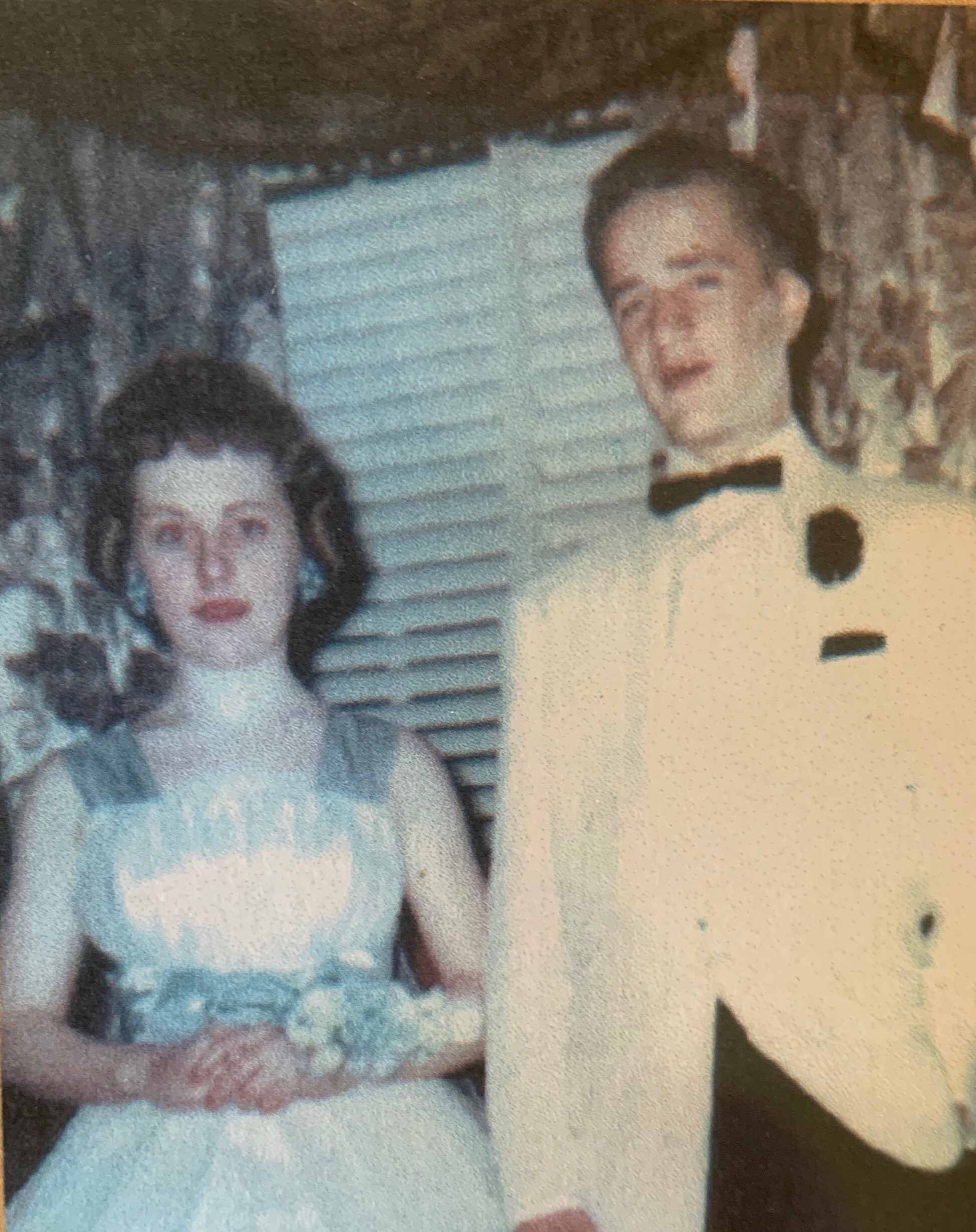 We are blessed, we have survived to this age to celebrate 60 years together!

He also kept promises.When we first got married a few weeks later GE went on strike. We saved our money to live on. But promised to take me to Hawaii on 25. Every so many years he takes me on a second honey moon.Yes, on 25 we went to Hawaii. And on 50 too. He is a man of his word. He believes with God in our marriage its a piece of cake to stay married. 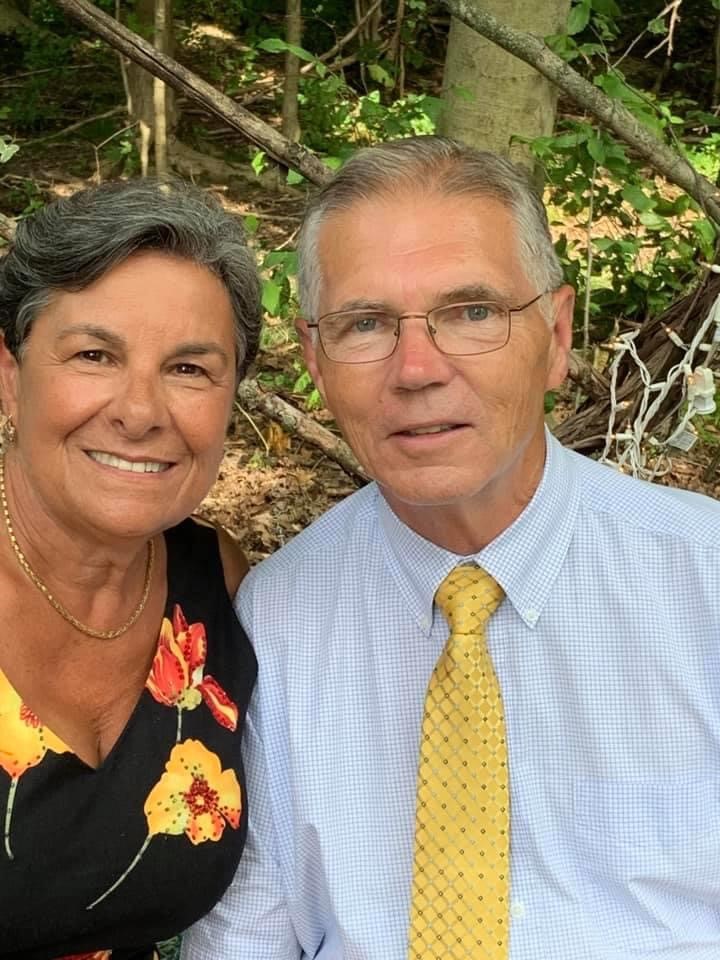 When I had my Kidney Transplant. My Wife was there by my side through the ordeal. I loved her very much. 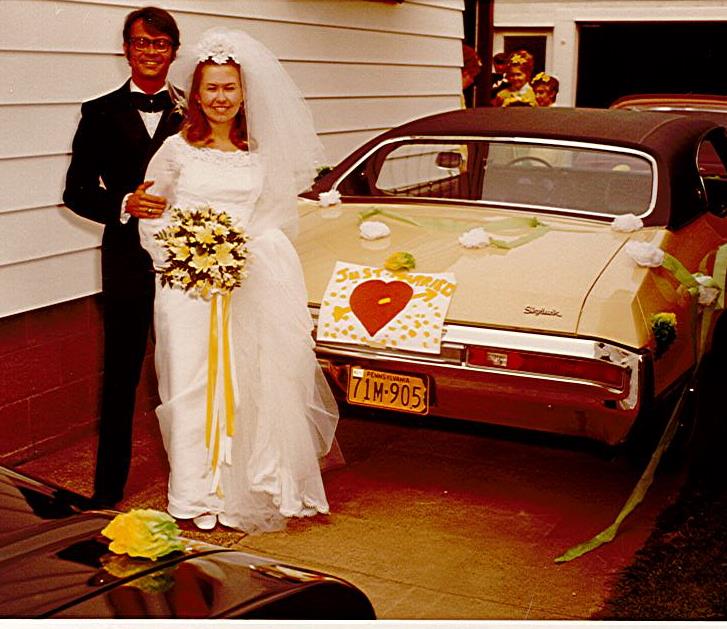 We were married on June 27, 1970 in St. Stanislaus Church in Erie, PA by the Rev. Joseph Radiszewski.  One of the fun facts about us is that we have known each other since the 3rd Grade at St. Stan’s.  At that time we lived a couple of blocks away from each other.  A few years later, we began dating in high school and have been together ever since.

Over the years we have seen many things together. Ted was in the Army and served in Vietnam.  Sally became a nurse graduating from Saint Vincent Hospital School of Nursing, Villa Maria College and then Gannon University.

We are the very proud parents of 2 wonderful sons, “T” and Dennis.  We have one beautiful 8 year old granddaughter Noelle. (T’s daughter).

Since we retired 5 years ago, we have continued to work on our home in Ripley (the never ending project) and we are fond of taking day trips. We did most of our traveling during the course of these 50 years as job opportunities took us away from the area.  We were very fortunate to see the states during that time.  Right now, the covid has curtailed any plans for long distance travel, but we are making do as many other are doing.

We are thankful for our time together, and look forward to many more healthy years. 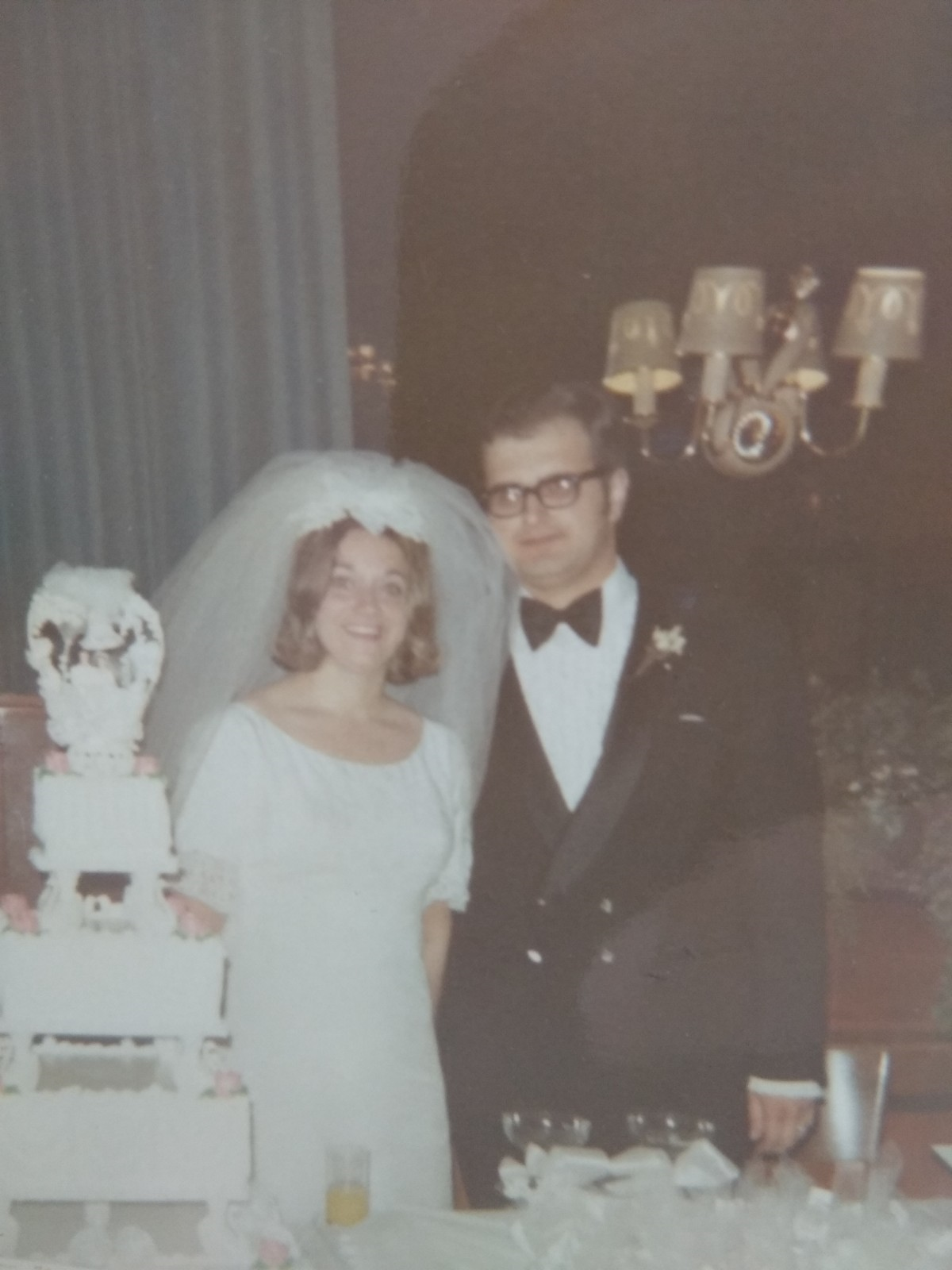 My husband is a farmer. One day he came in for lunch, during a very busy time for farmers making hay, with a huge bouquet of daisies. He took the time and energy to pick them. - Janet

I feel my wife's love when I look over and she is here. When we are sick or hospitalized, there is no need to talk. We just feel the love by "being there." - Gene 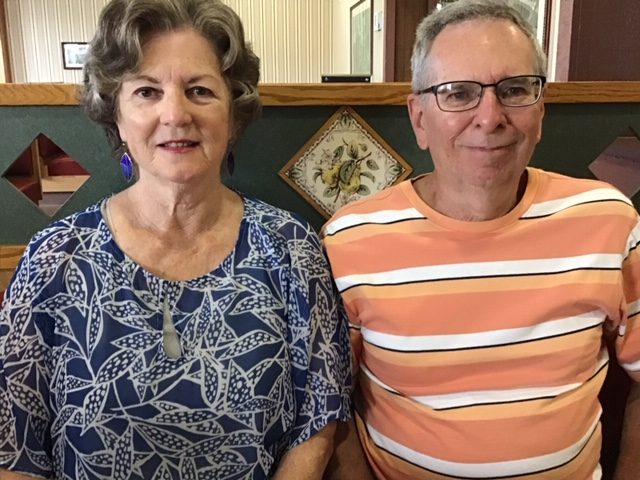 We were only married for a year when Jim converted through lessons from Fr. Zeitler at Campus Ministry in Clarion. Now we count cash one Sunday a month and help with PreCana at Our Lady of Fatima in Farrell where my sister Lori is leader. The joy of receiving Holy Communion together is our greatest marital blessing along with our pride in our daughter and son and their families.

I know my husband Bill still loves me after 50 years because for the last 3 years I have been in a wheelchair and he has had to push me up and down the ramp to get me in and out of the house to take me to dialysis 3 days a week at 6:00 am and then come back to get me 4 hours later. He has had to do all the grocery shopping, most of the cooking and cleaning and still do all the yard work. 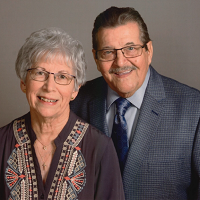 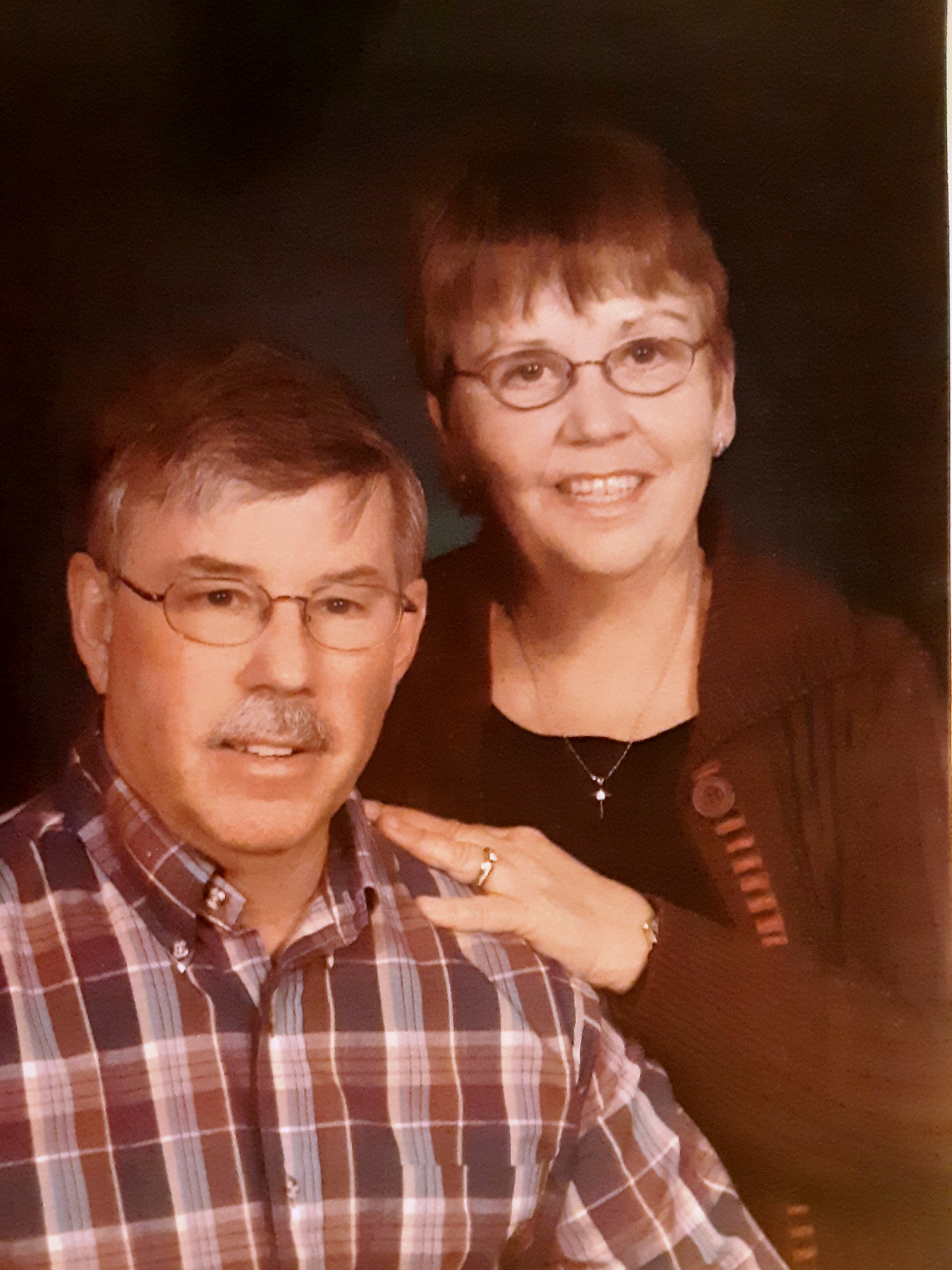 I knew I loved you as soon as I met you.

I can still remember how nervous Roy was at the altar. He was a little shaky but the first thing he said was “I love you.” And we’ve been happy ever after.

John & Cynthia Weber
Our Lady of the Lake, Edinboro

We met at a PNA Club the evening Neil Armstrong and Edwin (Buzz) Aldrin landed on the moon July 20, 1969 watching what was taking place on TV. We've been on the moon for over 50 years with love for each other, our family and helping others in different capacities and always with prayer. 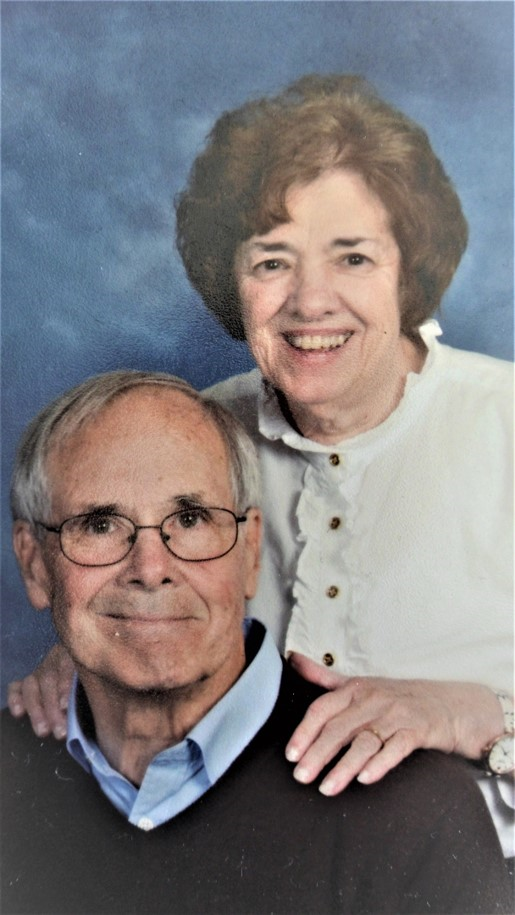 Even though we were considering ending our military career, my assignment officer told me I could go to Hawaii. I went home and said, "This is my wife." She replied, " I'm packing my bags for the islands!!" 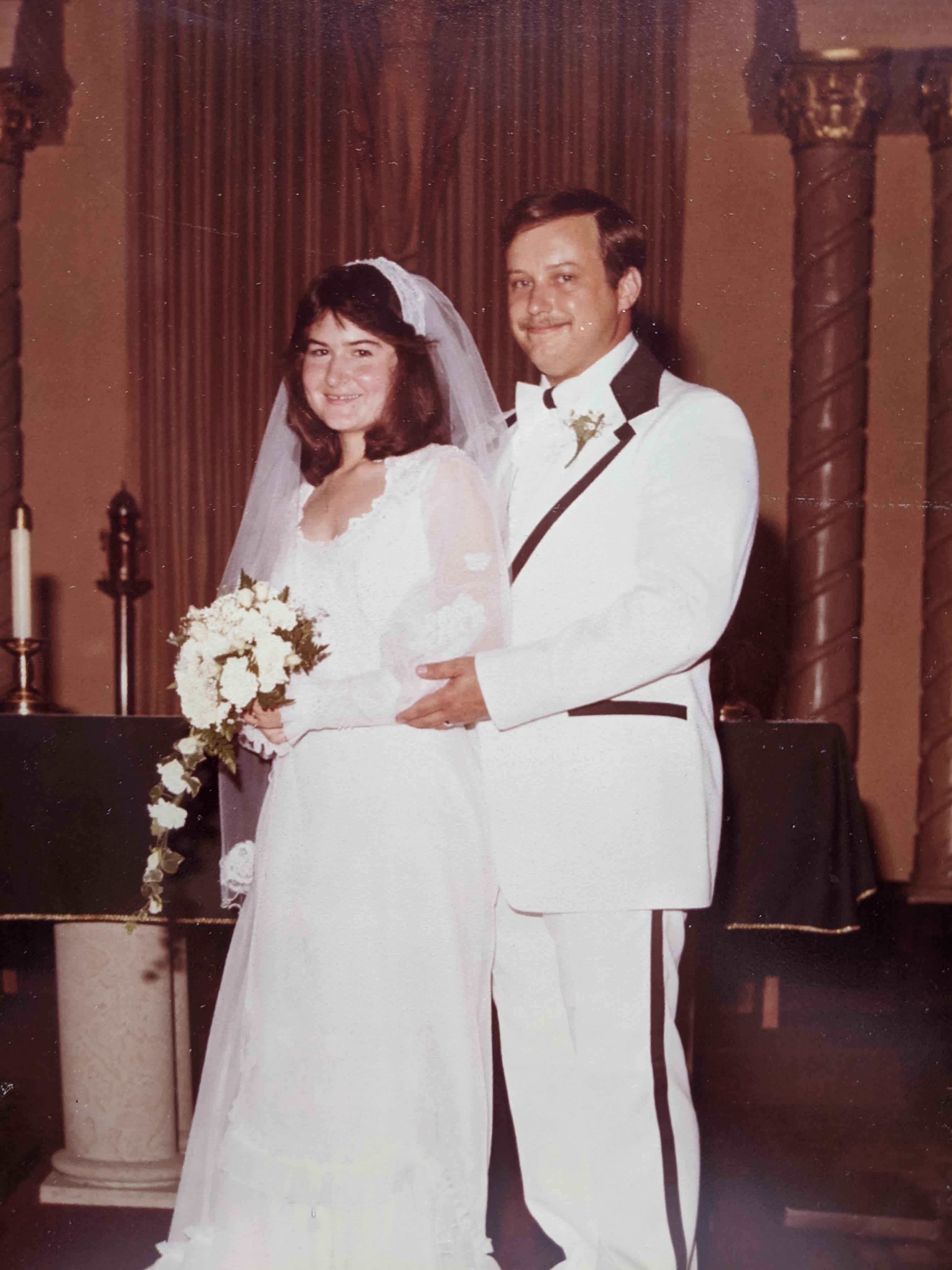 That’s a hard question to answer. I think our love grew as we grew our family. Watching Aaron become a father, caring for the kids and the way he would play with them. Silly songs he would make up when they were babies to coaching them. Aaron is the most thoughtful husband & Dad. He has cared for me during my many back surgeries and then some. He never complains. Life has not been easy at times, but he always reminds me of how blessed we are.

Greg & Tara met on a blind date while in college and while it was not exactly the most memorable experience it certainly led to more than 25 years of plenty of wonderful memories. Here's to hoping for many more!