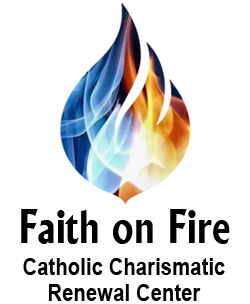 Sometimes they are small miracles and we may miss them; sometimes they are big. A very close friend asked for prayer for her niece who was pregnant. Over six months ago, when she had her first ultrasound, doctors said that the baby had a very rare and severe genetic disorder. Doctors could see physical deformities in the face and skull. The disorder was confirmed with amniocentesis. The mother was told that she ‘HAD to have a medical abortion immediately’; that this baby would never make it to term, and if she did, she would not survive after birth. The baby had many problems, one being that she had no spleen. But the parents chose life. They chose to trust God, no matter the outcome. Even if it meant that their heart would break.

Prayers went up from Son of God Prayer group and from many other individuals and groups. The mother, who has a form of M.S., miraculously carried to term. The doctors were baffled. We all said a novena to the infant Jesus during the 9 days leading up to induction of labor. The parents prepared for the fact that they may only be able to hold their precious baby girl for moments before she would be taken to heaven. But God had other plans.

This little miracle was born right before Christmas. Not only was she alive, but she was even breathing on her own; she did not even need oxygen. The parents were able to see her for a few precious moments before she was whisked off to the neonatal intensive care unit for evaluation. They said she would be blind. She is not blind! They said that she was going to have severe physical deformities. She looks perfect! And to their utter dumbfoundment, this baby has a spleen that could not be seen on any of the numerous ultrasounds! This is our God! He does the impossible. She was born. She is not blind. She has no deformities. And she has a spleen. Glory to God! This little girl and her family still have many challenges ahead of them so please pray for them. But to them, it could not be clearer that this child was God’s gift and His plan all along.